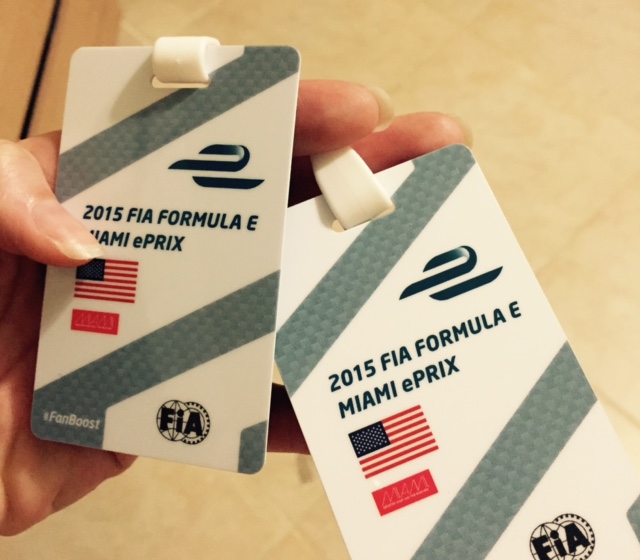 It’s here! After a long wait from the announcement that formula e was going to be coming to Miami, FL the weekend is upon us!

Months ago when we first heard that the race was going to be in two U.S. locations we were very excited to find out Miami was one of them. Being in central Florida, Miami is only a 3 hour drive south down 95.

The Formula e race series brings racing back to Miami, something that depending on who you talk to has been missed for a few years. When the tickets were finally released for the Miami formula e race Josh and I were trying to figure out which seats we should get. Because it is an all day event, and the fact that despite living in Florida Josh and I rarely go out in the sun for more than an hour or two at a time we decided to go with the sky-box seats.  I convinced him using the argument that there would be shade and “free” food. Well 3 days ago we received an e-mail from formula e hospitality that the tickets we booked have been changed and are now going to be American Airlines Arena Suites tickets. 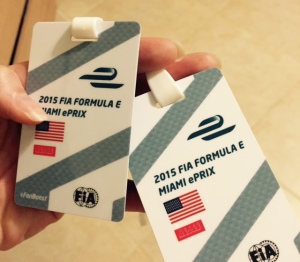 Technically it said “upgraded” but from the new map it looks like they did away with the original plan for the sky box and have really just switched the location. Either way it is an indoor/outdoor space that is catered and will have good views and shade. Hopefully it will be worth it because I had to trade in my yearly vacation for a 3 day 2 night trip to Miami to include these fancy tickets and an outrageously expensive hotel. Bye Bye dream summer in some foreign country! Plus gates open at 7 am so its not like I will be sleeping in either. For those of you who are going to make it down make sure to look for us! I will be the dork with the go-pro on a selfie stick trying to capture every moment in the sky box with all the fancy people! See you there!