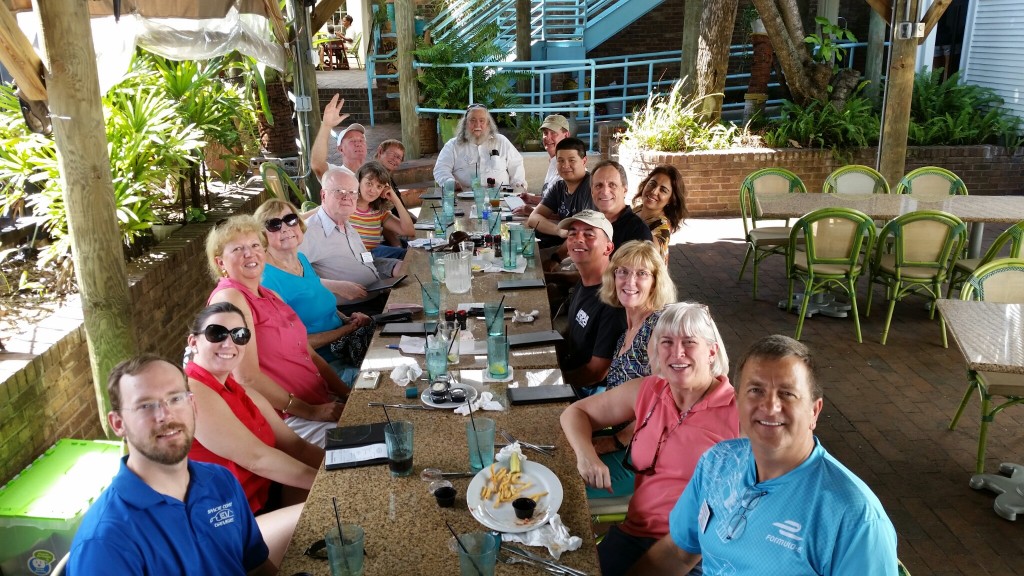 We had another great monthly meetup for June, 2015.  This time it was at the Mansion in downtown Melbourne.  Those that needed a charge for their electric cars used the DC fast charger at Melbourne City Hall or the Melbourne BMW free charger.  We had 17 people at our table all talking about EVs!  There were a few people that came just to talk about electric cars because they wanted to learn all they could before they bought one.  We even gave them a test drive in a Chevy Volt!  There was discussion on National Drive Electric Week, the movie “Pump”, and if we could possibly have a future monthly meeting at FIT in the Panther Dining Hall.  We also talked about the new charging stations that are at the Brevard Medical City on Wickham Road.  The new public Google group / email list was covered and we all agreed to share it with everyone we know that’s interested in all of our upcoming events or other important, EV related news pertaining to Brevard County, FL.  Even though they weren’t able to attend the monthly meeting we still announced the four new members we added in May.  That brings our total members to  46 and 32 total electric vehicles that cover the following models:

We are looking forward to our next month’s meeting in July!  Since the first Sunday in July is the day after the fourth, we’ll make July’s meeting the SECOND Sunday and have it on the 12th.  It will be at the Panther Dining Hall at FIT from 2-4 pm.  We’ll see you there! 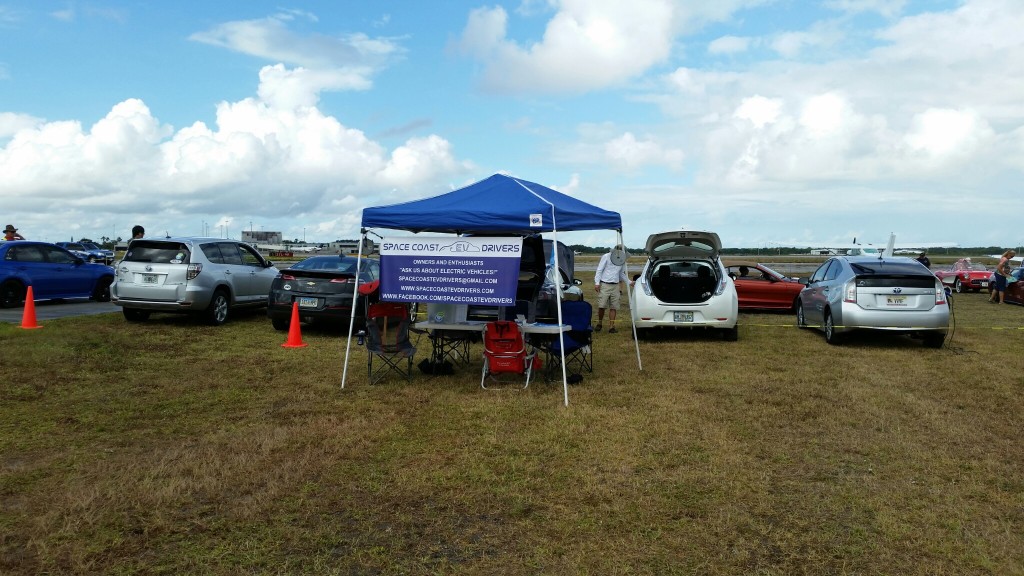 Back to back Saturday car shows!

At the end of the Honor Flight car show Mopars of Brevard invited us to the Wheels, Wings & Woofs car show the very next Saturday on May 30th, 2015 at the Baer Air hangar at the Melbourne International Airport.   This car show benefited a different charity – this time it was the Pets for Patriots charity.  They hook veterans up with homeless pets to help save their life.  These pets are adult dogs and cats that are most in need of a home.  They also work with veterinarians to give a 10% for the life of the pet as well as discounts on food, toys, and other essentials.

We brought a different set of cars to this event with: A Tesla Model S, Chevy Volt, Toyota Rav 4 EV, Toyota Prius Plugin, and two Nissan Leafs.  Again, we stood out as very different from the other gasoline powered show cars so we drew lots of attention.  Some people thought we were just regular cars and wondered why we were in the show.  After explaining that these were all electric cars almost every one of them responded with, “Really? But they look like normal cars!”  It seems that lots of people expect electric cars to look crazy or dorky in some way.  From all the compliments we got from passers by and other show attendees I’d say they were pretty impressed.  Especially when we explained how little we’ve spent on fuel / electricity over the past year.

Everyone was most impressed by the Tesla Model S of course.  With the hood open and the rear hatch up, we had fun playing the “where’s the engine?” game.  After explaining to a few people that the motor is between the rear wheels, the size of a watermelon, has about 3 moving parts, and can get the car from 0-60 MPH in about 4 seconds their eyes lit up.  “That’s amazing!” they said.  They were REALLY thrown back after we explained how all the owners that bought the P85D model went to sleep one night a few weeks ago with their car doing 0-60 sprints in 3.2 seconds and woke up the next day doing 0-60 in 3.1 seconds thanks to an over-the-air software upgrade Tesla Motors pushed out to all those cars overnight.  That REALLY is the future of automobiles in every sense.

We had a great time answering all the questions everyone had about driving electric and showing them how it works every day for us for the past several years.  Hopefully we changed a few minds about electric cars and we think we did a great job educating the masses about EVs just as our group is meant to do!

Here’s a few of the pictures from the car show: 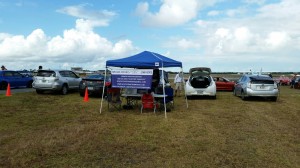 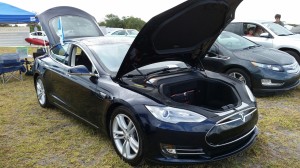 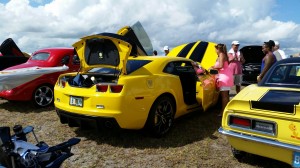 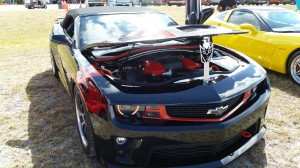 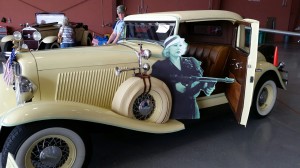 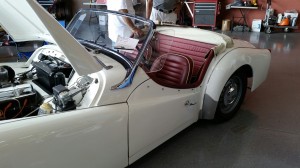 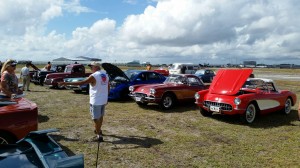 To see the rest of the pictures from the show, take a look at our Wheels, Wings, & Woofs Car Show album on Facebook.